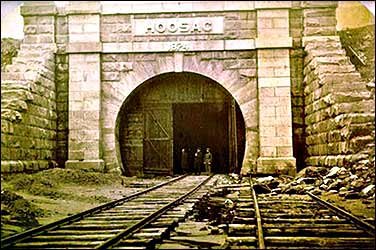 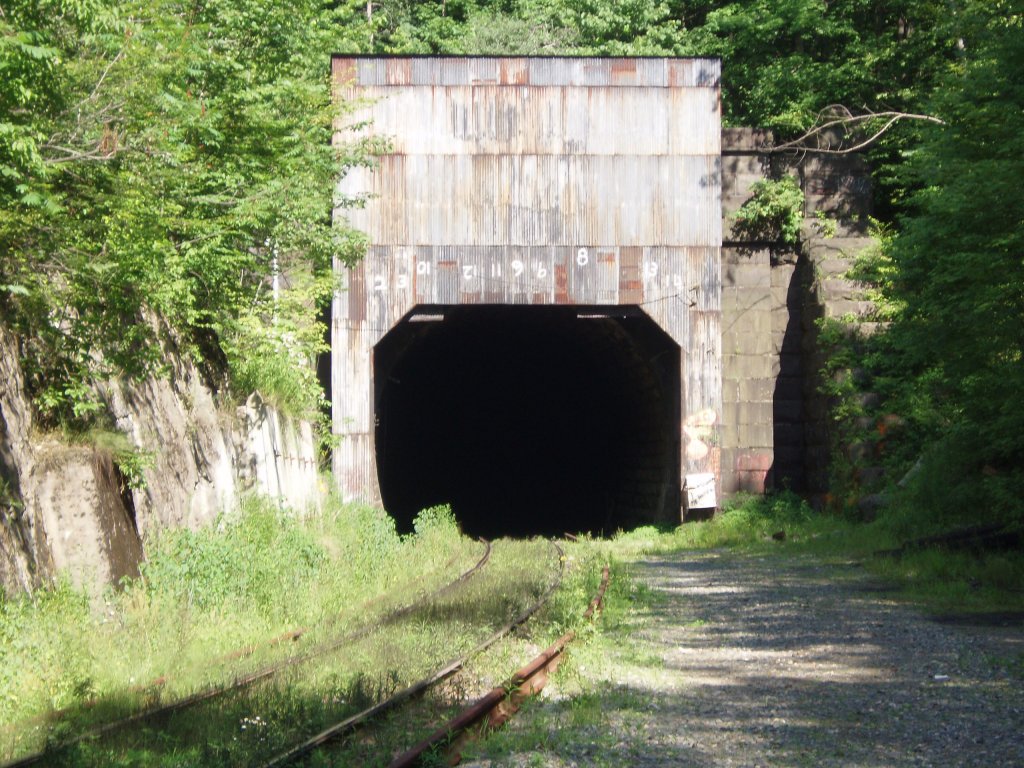 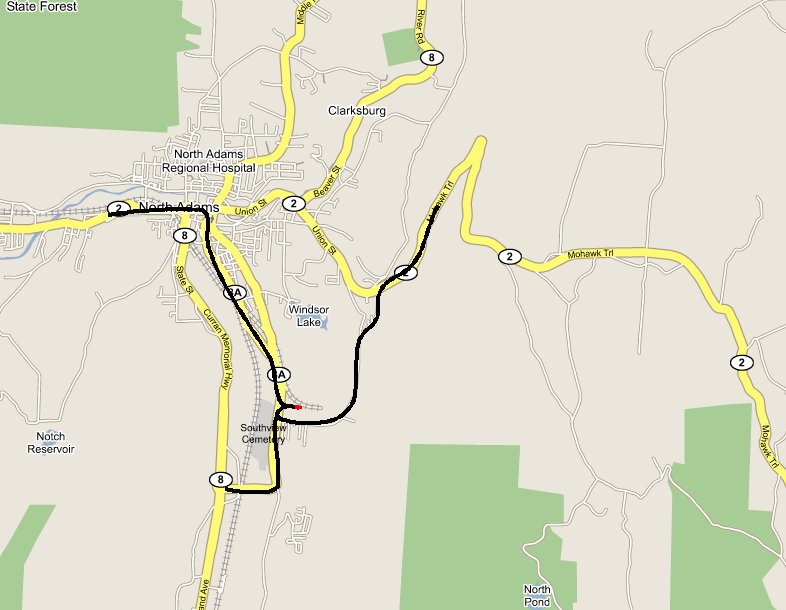 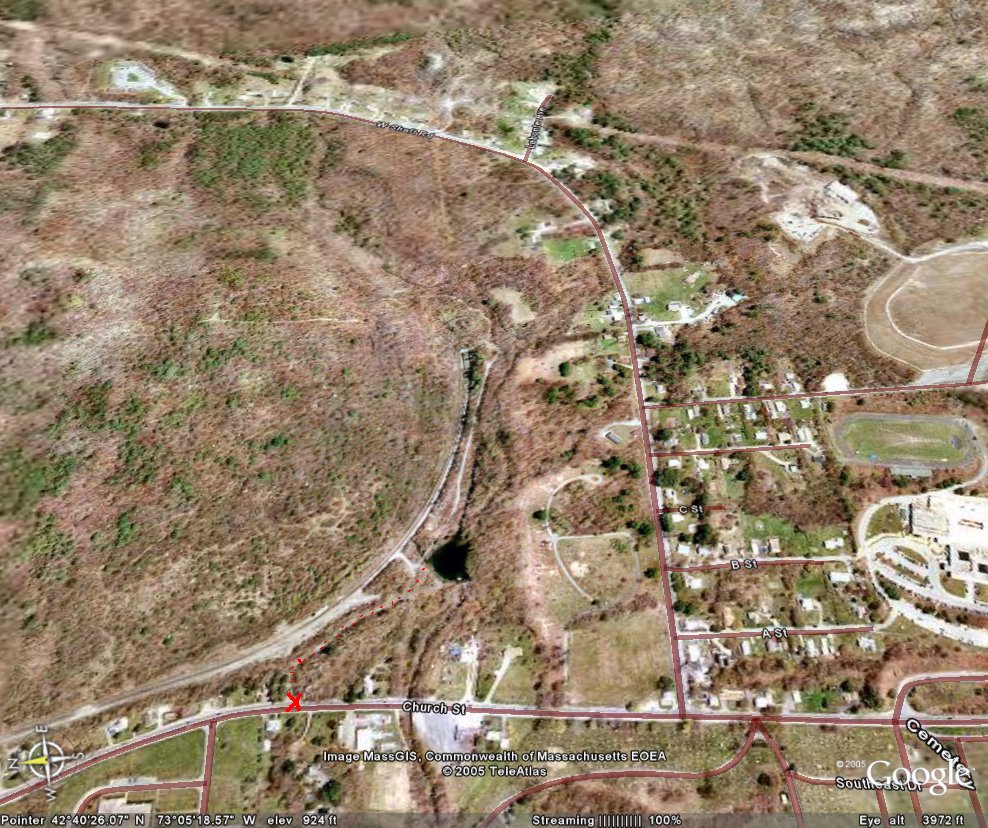 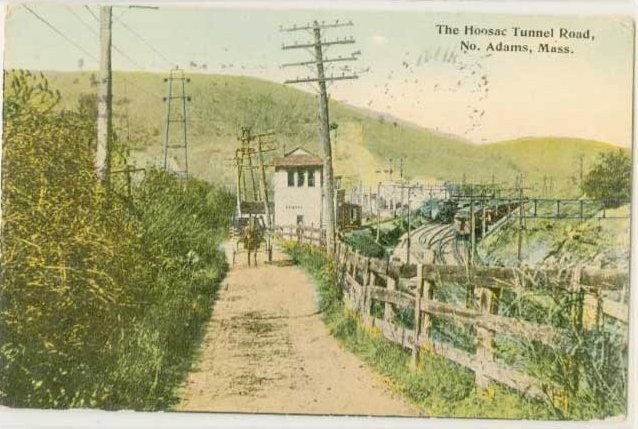 An interesting picture. This cart road still exists amazingly and still connects to West Shaft Road. Notice the buildings in the background and the metal power line towers. These towers lead to the central shaft fan building (and still follow mostly the same course)